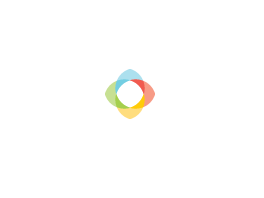 Introduction to the Theory of Distributions and Applications

Although rigorous in the discussion of the different topics, the course will mainly focus on the applicable side of the results it will present, with a special care for problems from Physics and Engineering. Therefore, there will not be an emphasis on proofs (with all the possible technical complications), but rather on how the different notions are related to one another, and how they can be successfully employed to tackle some interesting issues coming from other branches of science.

Who is this course for?

This is basically a course at the Master Level. Even though the hardest mathematical aspects of the theory will not be dealt with here (for example, for anyone even barely familiar with them, there will be no mention of topologival vector spaces), nevertheless a certain level of mathematical knowledge is a fudamental prerequisite, which cannot be done away with.

What do I need to know?

A person interested in this course can take it successfully, provided he/she has already basic proficiency (for example at a bachelor degree level) in Linear Algebra, One-variable Calculus, Multivariable Calculus, Metric and Normed Spaces and their introductory feature.

What will I learn?

The aim of the course is to make the interested student knowledgeable in the basic notions of the Theory of Distributions and its use in concrete applications. Typically, a person working in the field of Electronic Engineering, will be able to apply the tools learned in the course, to address problems coming from Signal Theory. The final chapter of the course can also be seen as an introduction to Partial Differential Equations, paving therefore the way to further mathematical studies for interested people. Finally, the Theory of Distributions is a beautiful piece of Mathematics, and the course is surely a good opportunity also for all those persons who are simply interested in broadening their mathematical knowledge, without an immediate practical aim.

As clearly explained above, the course is quite technical, and a satisfactory description of the contents of each unit would be too long. It suffices to say that what we are trying to convey is more or less the following:

First chapter: what is all about
Second chapter: classical operations can be defined for distributions too, but they require an extra and unexpected care.
Third chapter: this is a detour, namely a crash course on "classical Fourier transform", which acts ans an introduction to the next chapter.
Fourth chapter: we give a look at the notion of Fourier transform in the context of distributions.
Fifth chapter: this is something that is quite interesting and important, mainly (but not exclusively) for people interested in Signal Theory.
Sixth chapter: few (very few!) words about the wonderful world of Partial Differential Equations, and how they can be dealt with using distributions.

Here are more technical details about the contents of all the different chapters.

First Chapter: A primer about distributions

Third Chapter: Fourier Transforms for functions in L^1 and L^2

In this introduction to computer programming course, you’ll learn and practice key computer science concepts by building your own versions of popular web applications. You’ll learn Python, a power...

This course is designed to help students understand the aspects of linguistic principles and processes that underlie oral and written language proficiency, and how this knowledge is relevant K-12 inst

Description: The composition and circulation of the atmosphere with a focus on explaining the fundamentals of weather and climate. Topics include solar and terrestrial radiation, clouds, and weather p

Inferential statistics allows us to draw conclusions from data that might not be immediately obvious. This course focuses on enhancing your ability to develop hypotheses and use common tests such as t

Statistics is an important field of math that is used to analyze, interpret, and predict outcomes from data. Descriptive statistics will teach you the basic concepts used to describe data. This is a g

Description: UCI Math 1A/1B: Precalculus is designed to prepare students for a calculus course. This course is taught so that students will acquire a solid foundation in algebra and trigonometry. The

This open course provides the student with review of intermediate algebra, geometry, and trigonometry. It is designed for those want to be successful in an introductory college calculus course, but wo